I went to an event that Alive Magazine hosted ( I wanted to blog about it, but finals were the worst!), the event had tons of cool people and vendors. One of the vendors I met was Katy and her boutique is Living Collective,  and I immediately became obsessed. Since this was an event put on by Alive Magazine, she did not have much there but I knew I was going to check her out at her shop later.

I went by her shop this past weekend and LOVED it! She has somewhat of a permanent pop up shop at the Vino Gallery,in the Central West End, and it is amazing. There is a wide variety of clothes but you know what I was most interested in… the denim of course. She had everything ranging from wide leg denim pant to denim sun hat (it sounds sketchy, but it is gorgeous, my phone died before I could take a picture in it).

As I mentioned, Living Collective also has other things outside of denim.  Tons of dresses, sweats, jackets, accessories, and the list goes on.  Many of the things that Katy carries in her boutique are from designers based outside of the US, so the likelihood of finding the same pieces in other boutiques is slim, as is the likelihood of seeing someone else in the same outfit.  Because most of the items she carries are designer, they tend to have a higher price tag, however, the quality is well worth the price.

With that, I did purchase a few things, and none of them were jeans. I will be going back to pick up a few pair once the spring items come in. Any who, these are the goodies that I picked up along with a few pics of the shop itself.

OHHHH, before the pics, did I fail to mention, this is attached to a wine bar?!?! Girl, what? Yes, God is real and he does answer prayers… wine and shopping in the same place! Now, here are the pics:

Top and bottom from Living Collective.. This is my fave outfit everything fits perfectly. 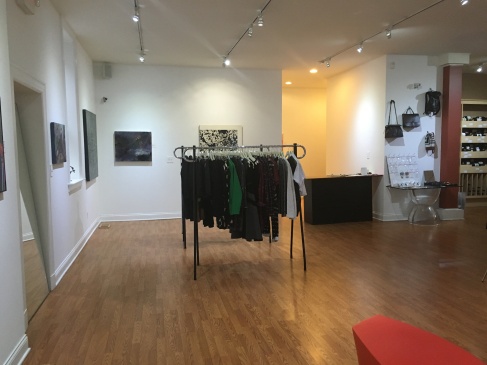 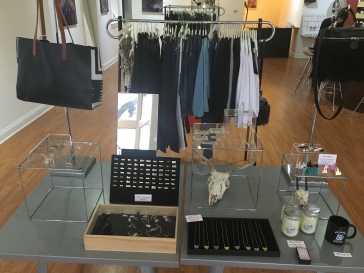 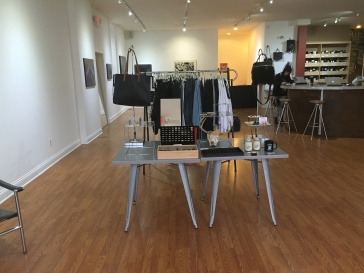 Be sure to check Living Collective out online at http://living-collective.com or in store at 4703 McPherson Ave St. Louis, Mo 63108

I am a fashion lover in the St Louis area. I don't have a degree in fashion-anything and I don't intend to pursue one. I simply love all things fashion, especially denim. I live for a good jean and the story behind it. I hope that I am able to help you find your perfect style and have some fun while doing so. -Denim Duchess